The Slow Work of God

It was just a few days ago. I drive our van, as I normally do each day, over to the school to pick up our students. Seems like a typical day. Well…

A “typical” day for us is filled with all things “un-typical” and today is going to be one of  “those” days.

It’s a funny thing when the things that we consider ‘regular’ are disrupted by the irregular. The slow work of God is about to show up in an amazing way.

As the kids file into the van, the noise level increases as it always does. All the kids want my attention and the air is filled with all of the stories from the day’s events.

“Phil, Phil, Phil… Um, I got a sticker today because my teacher said I did good.”, says Madison. She continues, “lot’s of the other kids didn’t get one because they weren’t good.”

Story after story pour through the airwaves of the van and my mind races to catch all of them but I am sure I only heard a few. Then the slow work of God shows up.

One of our students, Lamont, gets into the front seat of the van as he normally does. We exchange the typical “what’s up/how was your day” words to one another. I notice that he has his black history project rolled up with a big old rubber band around it.

As I am listening to one of the other students tell me a story from the day, I see Lamont taking the rubber band off his project and he begins to unroll it. I am watching him as he stares at the project. By this time the story that the other student was telling me is fading into the distance. Lamont has a look about him. Then it happens.

Lamont says, “Phil”, as if to grab the attention that he already had.

Lamont doesn’t speak another word but bends down the corner of his project to show me something. It’s a grade. Specifically a 90%.

The slow work of God has once again invaded the space that I am occupying.

I simply said to him, “Lamont, I can’t tell you how proud I am of you and all you are doing. How does that feel?”

Lamont replies with a grin, “great.”

Just a few short years before this point Lamont was on track to become a statistic. You know… one of those that never amounts to something so we create a chart about it, pass laws about it and never really change it sort of statistics.

Reading and basic math skills at the age of 10 were not in his ballpark. Heck, they weren’t even in the parking lot of the ballpark.

Persistent love breaks through all things no matter how hard the core.

Just a few short years later, fractions, reading and more are all part of Lamont’s design but it wasn’t until the slow work of God really changed it all.

That slow work of God is apparent in every one of our students. It sometimes shows up in really big ways and other times it peaks through in something small.

In a world where we try to quantify everything with numbers and data, it is nice to sit back and see the visible manifestation of a really big God disrupting a kids life with His slow work. 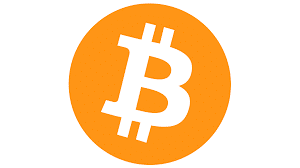 At some point I am sure that you have probably heard the terms “digital currency”, or “cryptocurrency”, or “bitcoin.” This form of currency has created 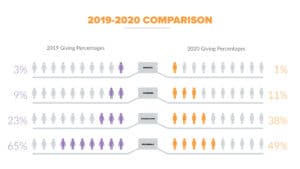 At The Core Whether in business or in ministry, sometimes we can get swayed away from what we are really all about and what we 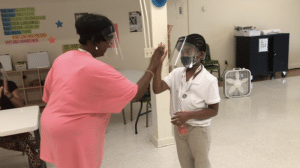 Here is a short 2-minute message just for you!